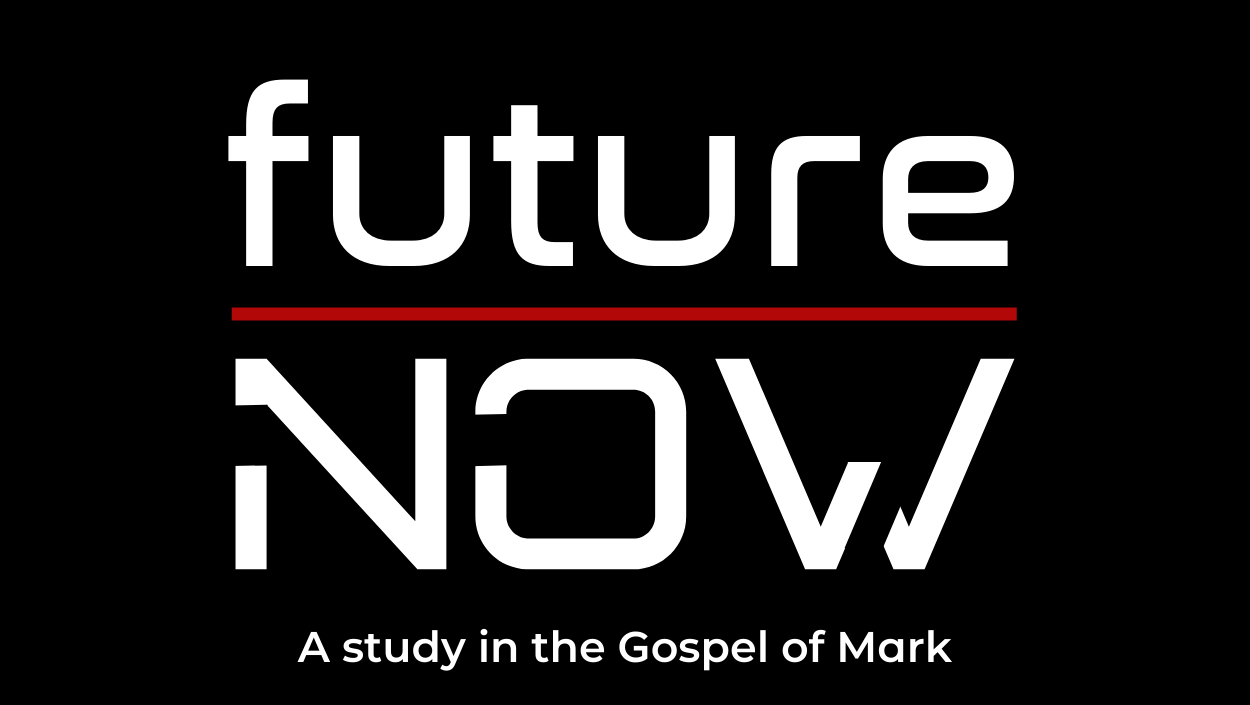 Future | Now : A study in the Gospel of Mark

This webpage will act as a resource hub throughout our series through the book of Mark. Check here each week as this page will contain any resources we reference.

As we begin our journey through Mark's Gospel, it is good to have an understanding of the background. We've compiled details below of all the background info you'll need to know before we dive deeper into our Future|Now series. We hope you will find this to be a great aid! You can also click the button below to view and download.

First let's get to know the writer, John Mark.

In the Book of Acts, John Mark was a companion of Paul and Barnabas.

His name first appears in Acts 12:12, when Peter escapes from prison and retreats to a house of Christians—which happens to be the house of John Mark’s mother, Mary. Many scholars speculate that this was the start of a long-standing relationship between them and that John Mark eventually recorded Peter’s account of Jesus’ life and ministry in the Gospel of Mark.

The next time we see John Mark in the Bible, he’s a traveling companion of Paul and Barnabas (Acts 12:25). John Mark eventually created a conflict between Paul and Barnabas, and as a result, they parted ways on Paul’s second missionary journey.

Mark was also the cousin of Barnabas (Colossians 4:10).

This adds a bit of a twist to the disagreement between Paul and Barnabas. Paul didn’t want to bring John Mark with them on their second journey, because he abandoned them in the middle of the first one, but Barnabas wanted John Mark to come with them so badly that he was willing to go without Paul.

The New Testament only mentions John Mark by name a handful of times—though some scholars speculate he’s an unnamed character in the Gospel of Mark as well (Mark 14:51–52).

When Peter mentions “my son Mark” in 1 Peter 5:13, he clearly assumes the churches he wrote to would know exactly which Mark this was. In some of Paul’s letters, he mentions a man named Mark with even less effort to distinguish whom he’s referring to (2 Timothy 4:11, Philemon 24).

To understand Mark’s Gospel we must understand a very important relationship.

The earliest and most important source of an answer comes from Papias, bishop of Hierapolis until 130 A.D., who said that Mark had been a secretary and translator for Peter, one of the first twelve of Jesus’s disciples or followers, and “wrote accurately all that [Peter] remembered.”

If you go through the book of Mark, you’ll see that nothing happens in which Peter is not present. The entire Gospel of Mark, then, is almost certainly the eyewitness testimony of Peter.

The audience was Roman. Romans appreciated power and Mark declares Jesus' power through the miracles he mentions.

Style is a broad view of what Jesus did more than what He taught.  Only 7% of Mark’s Gospel is not covered by the other three Gospel writers.  This is another reason we believe Mark’s was the first Gospel written.

The theme is what Jesus did versus what He taught.  Mark is writing to Romans and Gentiles. He doesn't list a genealogy because this would not matter to his audience. He explains Jewish tradition to his non-Jewish audience.

If you want to study Jesus teachings and parables read Matthew. If you see more about Jesus' humanity read Luke.  If it is theology and what Jesus believed then read John’s Gospel.

Mark’s account of Jesus’s life is presented to us in two acts: his identity as King over all things (Mark 1–8), and his purpose in dying on the cross (Mark 9–16). One scholar said Mark “is a Passion Narrative with an extended introduction” (Stein, Mark, 33).

Jesus the King: Understanding the Life and Death of the Son of God by Timothy Keller